What is TRS at University?

Theology and Religious Studies (TRS for short) is about the ways people understand the whole of reality and give meaning to the whole of life.  It is the most comprehensive of all University subjects, and approaches the largest, life-encompassing questions, with a huge range of tools.  Here you can stretch your mind and broaden your knowledge in many different directions at once.  You are bound to find lots of points of connection with what matters to you.

A subject with many names

Theology and Religious Studies is taught in a variety of forms at University level:

What skills will you gain?

The range of skills you learn in this subject area is immense.  Depending on the course you choose, and the individual modules within it, you will learn to:

The critical skills you learn will equip you throughout your life to present your point of view, challenge bad arguments, expose poor research, weigh up alternative points of view, and face the unfamiliar with confidence.  They will also make you highly attractive to employers, in a huge range of careers.

In our graduate videos, Laura Capaldi and Jordayne Tooke talk about how the skills they developed writing essays as TRS students have helped them in their careers.

‘Religion can be a taboo subject and hiring employees who have the language and the confidence to talk about the place of faith is really valuable.  Studying TRS marks you out as an individual who isn’t afraid to think for yourself – willing to think beyond the obvious – and as an employer now I would be fascinated to meet that person and find out what they can offer to my organisation.’

Jordayne Tooke, a global purchaser for the motor industry, says:

‘my degree taught me how to frame an argument and how to put my point across. A lot of what I have to do is to defend a position, put across a case, in a presentation to senior colleagues. … TRS is about learning about different people, cultures, and beliefs. It helps you to think about how other people think.’

I have always been interested in how Religion and culture influence people. I decided to study Religious Studies as it is so vital to understand people and I knew that working with people was something I wanted to do. Studying RS is so much more than just learning about religion. I have gained lifelong skills which have supported me in my career as a Children & Young Persons project facilitator for a Domestic Abuse Organisation.

Studying religious studies has made me a rather open minded individual towards people in general. Many think religious studies is simply a study of ‘religion’ , but I would argue that the subject is one that develops one’s personality, critical engagement, and political understandings, with a twist of modernism.

I also understand the subject to be something that people are interested in but may fear that by studying religion it could restrict them from attaining a job. However, that is not the case, from teaching, to law, to social working, the subject may actually lead one to many paths.

What does it mean to study religion(s)?

Religion is a multi-faceted reality, which involves communities, practices, traditions, texts, and worldviews or beliefs.  Thus there are a great many ways to study this fascinating and hugely engaging phenomenon.  You might:

Universities who teach religion and/or theology will have different methods and emphases, so look carefully at the content of what each offers, before you make your choice.

Do you have to be religious?

No!  You just have to be interested in religion, from whatever angle of interest.  You might classify yourself as having ‘no religion’, or you might be a practising member of a religious community.  Whatever your stance, you should come committed to learning what is new and to viewing what is familiar in new ways.  Some degrees will enable you to look at religious practices, beliefs, and cultures from an ‘outside’ perspective, while others will explore what religious traditions look like from the ‘inside’ (whether you agree with them or not).  But many mix and merge these perspectives, and all enable you to gain both an empathetic and a critical approach to the rich and highly diverse world of religion. 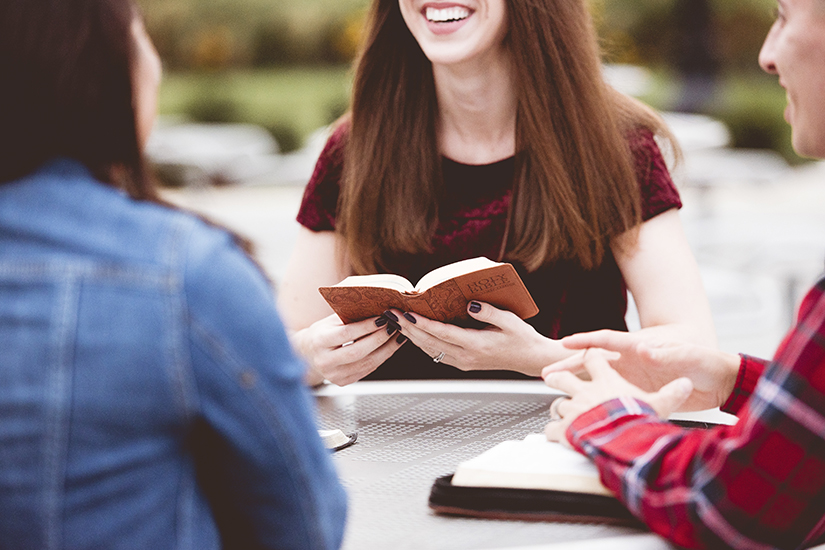 TRS-UK is the Professional Association for Departments, Units and Subject Associations of the Study of Religion and Theology in the UK

This website uses cookies to improve your experience while you navigate through the website. Out of these, the cookies that are categorized as necessary are stored on your browser as they are essential for the working of basic functionalities of the website. We also use third-party cookies that help us analyze and understand how you use this website. These cookies will be stored in your browser only with your consent. You also have the option to opt-out of these cookies. But opting out of some of these cookies may affect your browsing experience.

Necessary Always Enabled
Necessary cookies are absolutely essential for the website to function properly. This category only includes cookies that ensures basic functionalities and security features of the website. These cookies do not store any personal information.
Non-necessary
Any cookies that may not be particularly necessary for the website to function and is used specifically to collect user data via analytics, other embedded contents are termed as non-necessary cookies. It is mandatory to procure user consent prior to running these cookies on your website.
SAVE & ACCEPT